Caribbean Soul Trekkers had the pleasure of connecting with some of the unique and vibrant creatures native to the Bahamas, the Caribbean and beyond during a recent nature trek to the Ardastra Gardens & Zoo in Nassau. 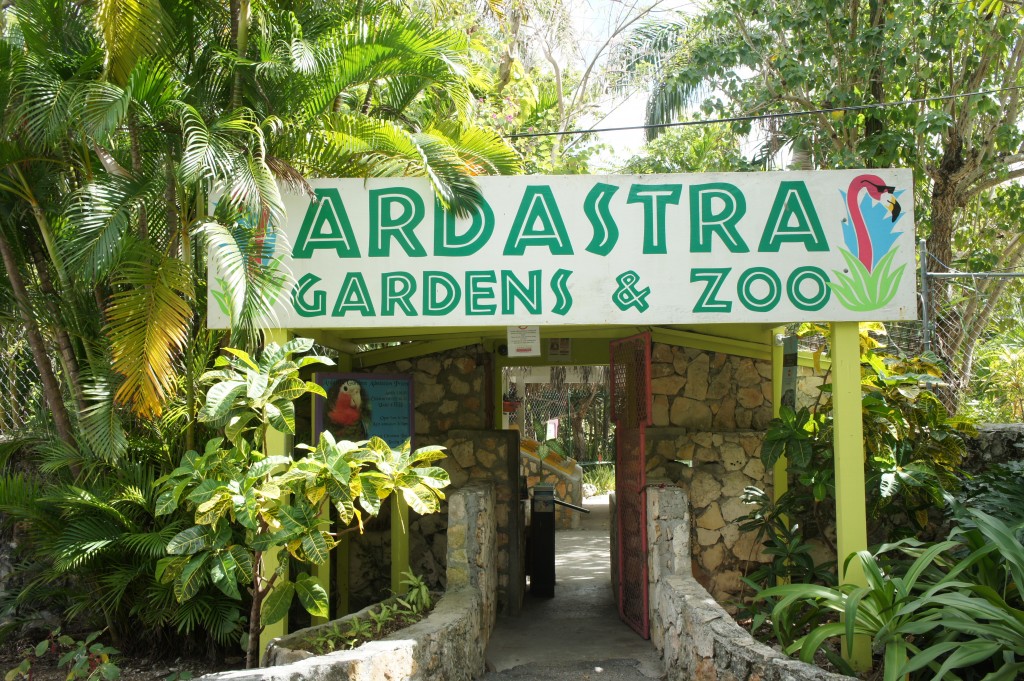 Ardastra Gardens & Zoo is about a five minute walk from Arawak Cay (so lunch at Da Fish Fry is a must after your visit). Ardastra comes from the Latin Ardua Astrum which means to strive for the stars. True to its name, what began as a five and a half acre garden in the late 1930s, catapulted into a zoo in the early 1980s and then into a conservation, education and breeding center for threatened and endangered species. 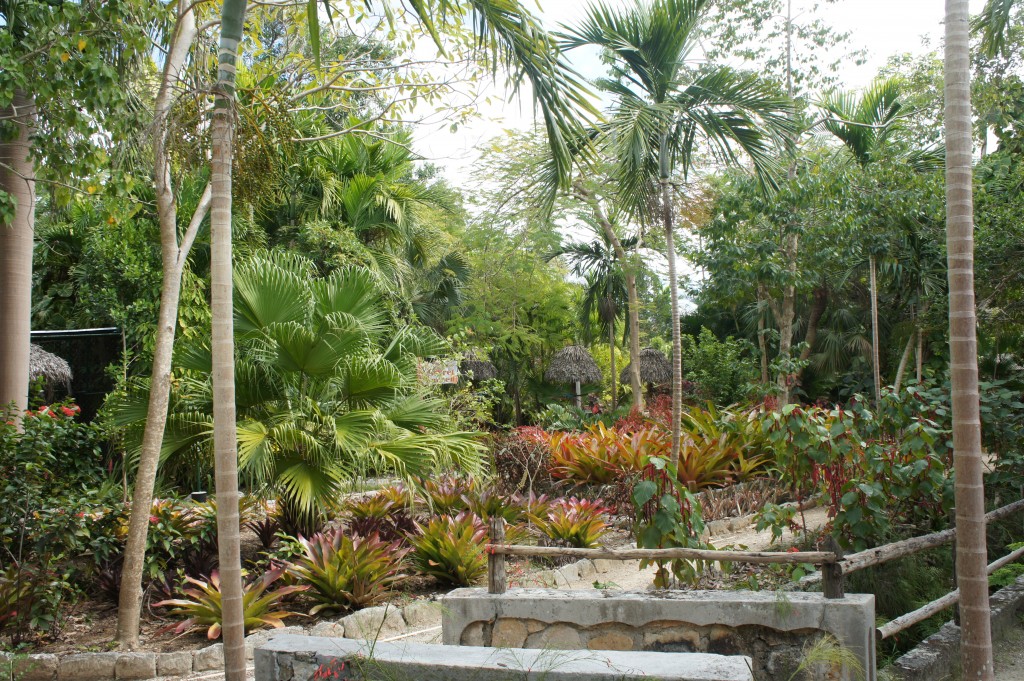 We planned our arrival in time to catch the first show of the zoo’s most popular inhabitants – the marching flamingos. Show times are 10:30AM, 2:15PM and 4:00PM. Following instructions issued by their trainer, the striking pink birds pranced in formation from one stop to another within an enclosed arena. Their antics were set to music and accompanied by a lively narrator who spewed interesting and humorous facts to educate the public on these rare birds and promote conservation efforts. It was quite a show! 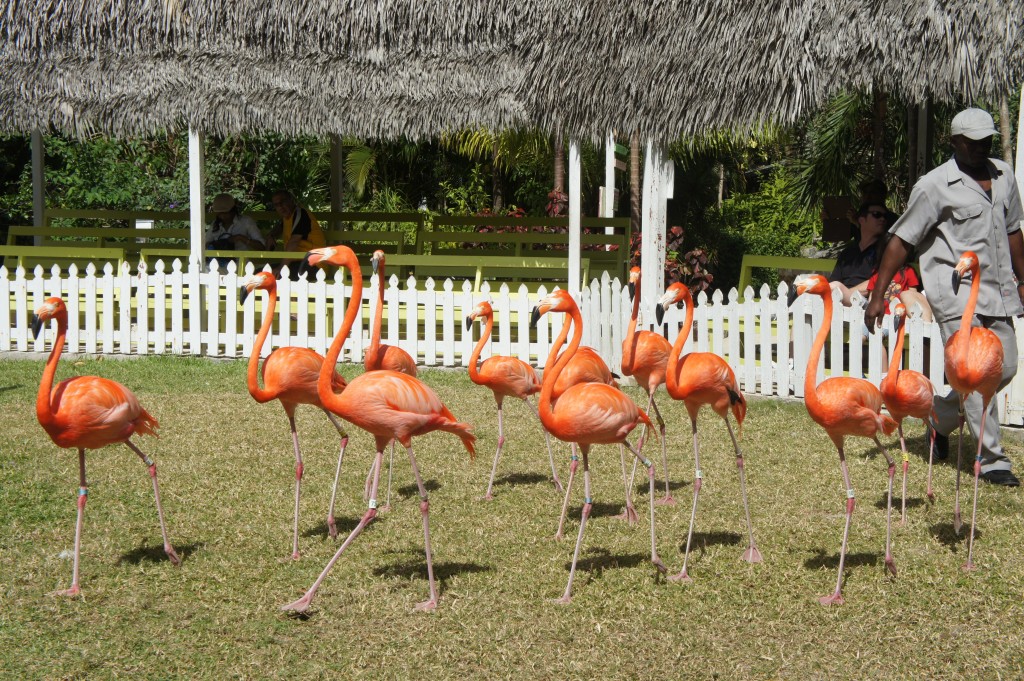 Flamingos marching at Ardastra Gardens & Zoo. Their trainer is on the right. 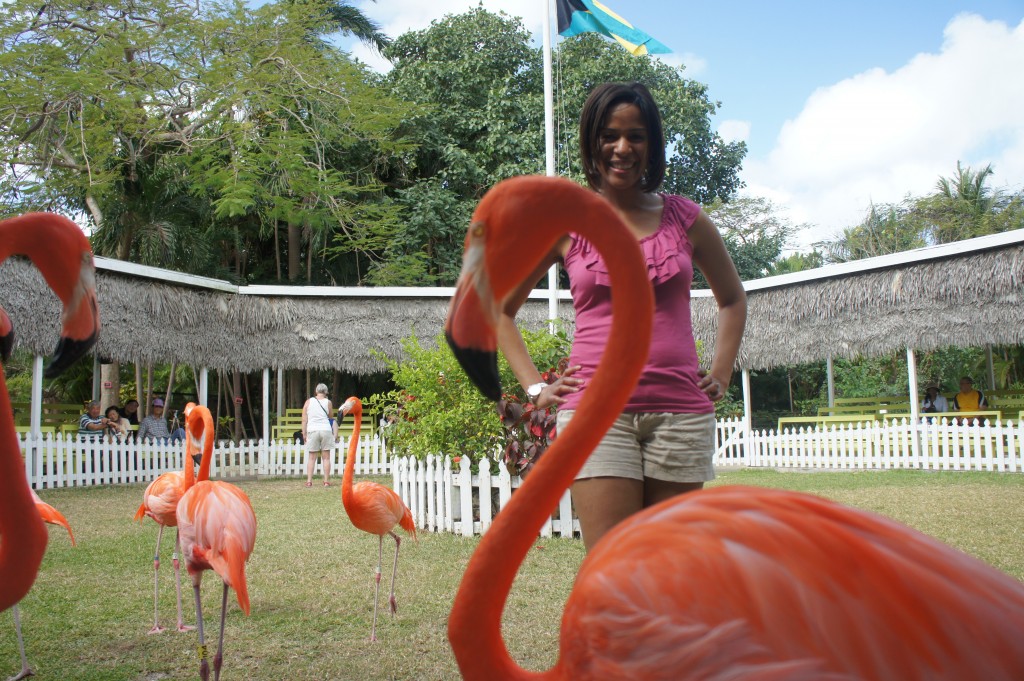 I was picked to participate in the show’s flamingo encounter… 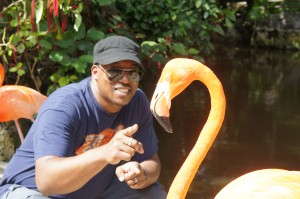 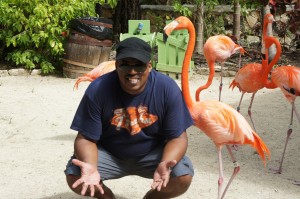 …but Mango Eddie still managed to get some up close and personal time with them after the show.

Most people don’t know that a second flock of about forty flamingos also resides at Ardastra. This  group helps to carry out the initial purpose for bringing the first flamingos to Ardastra in the 1950s – repopulating the dwindling flamingo population in the Bahamas. So far, Ardastra has had one of the highest birth rates for flamingos in captivity. There have been one or two live births per year since 2001. 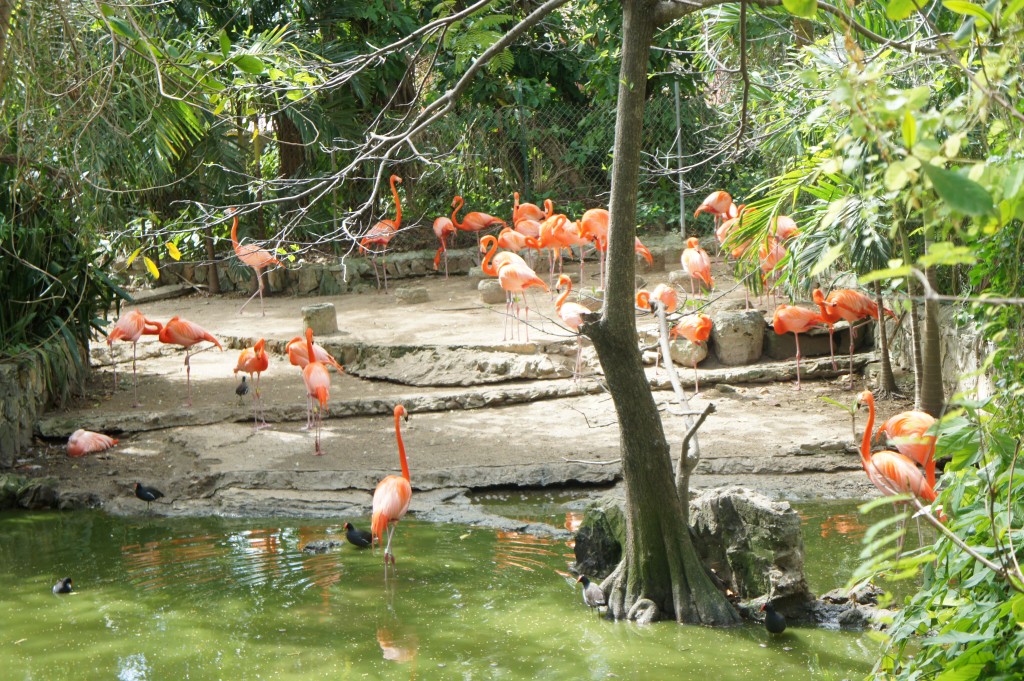 Breeding colony of flamingos at Ardastra

Our flamingo photo-shoot was interrupted by the call for lorikeet feeding (11:00AM, 1:30PM, 3:30PM). Within minutes, I had complied with instructions to sanitize my hands, shuttled into the lorikeet’s large wire cage, grabbed an apple slice then waited with outstretched hands for any of the dazzling birds to fly over for a snack. When one happy visitor finally arrived, I felt like the luckiest girl in the world. From the faces of other adults and children adorned with birds on hands, shoulders and even heads, I could tell the feeling was mutual. 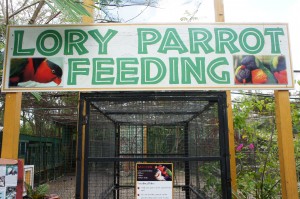 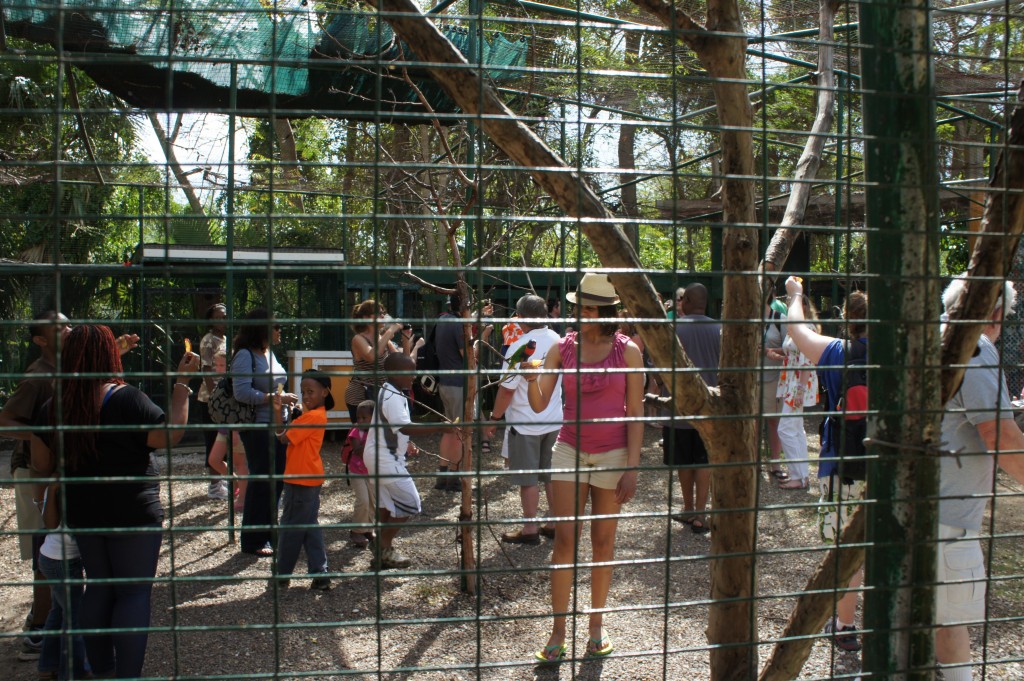 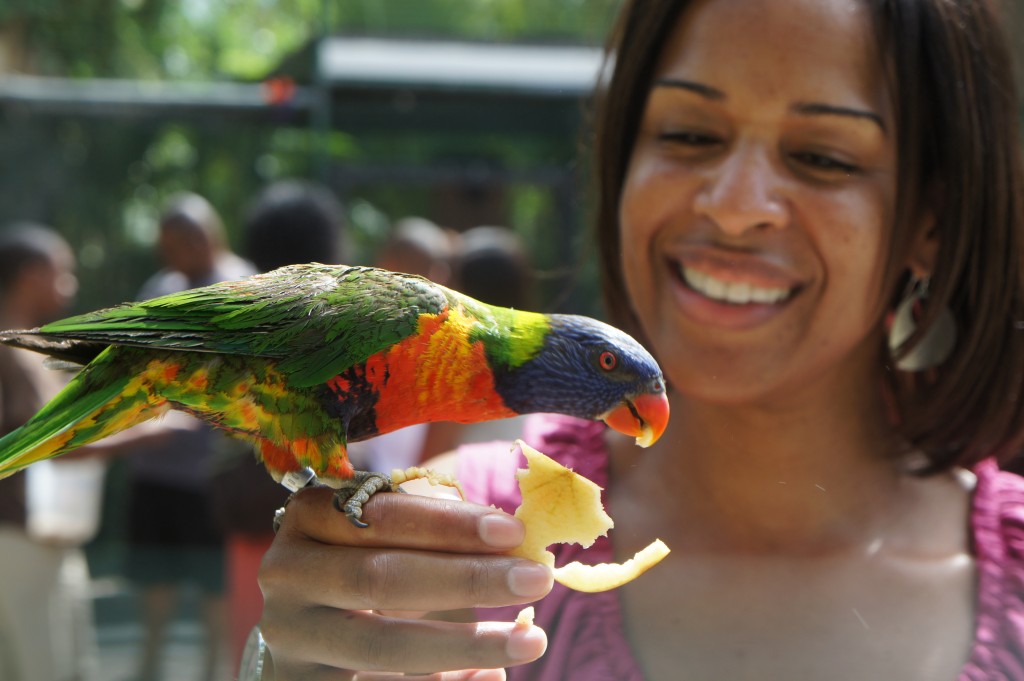 …I was rewarded with a visit from a happy lorikeet!

With still so much to see, we eventually set out to wander through Ardastra’s meandering paths. 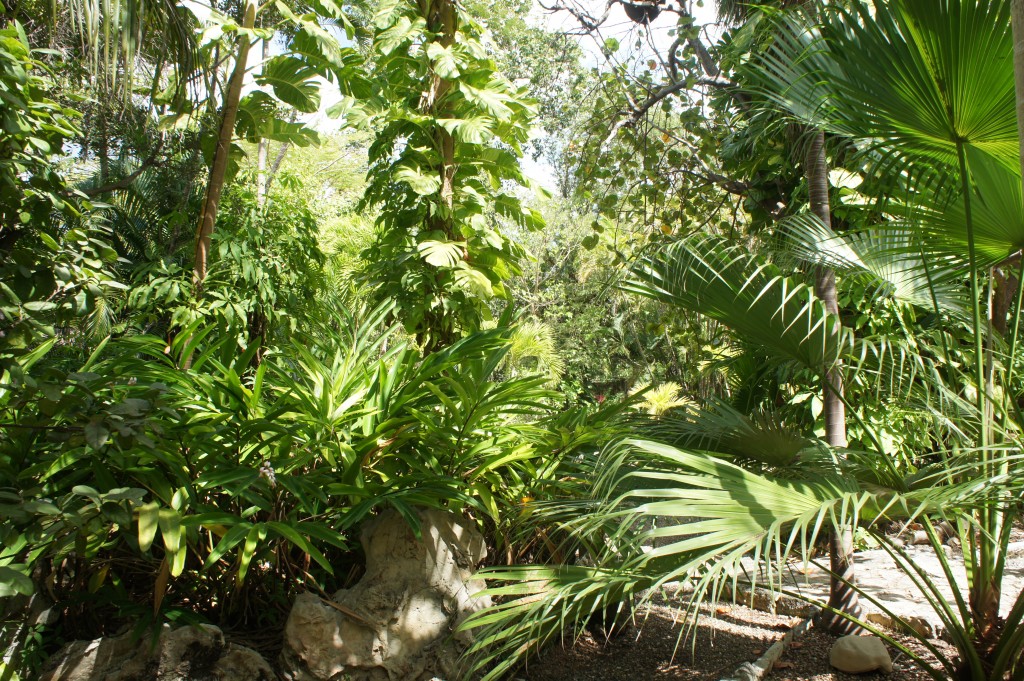 Ardastra Gardens & Zoo is home to over 200 birds, mammals and reptiles. Although birds really do rule here, there is plenty more to see. There are also lemurs, meerkats, boa constrictors, iguanas, jaguars, monkeys,  rabbits and goats. The zoo’s animals were displayed in large wire cages that were filled with and surrounded by some of the garden’s tropical foliage. This made the experience more intimate in our opinion. 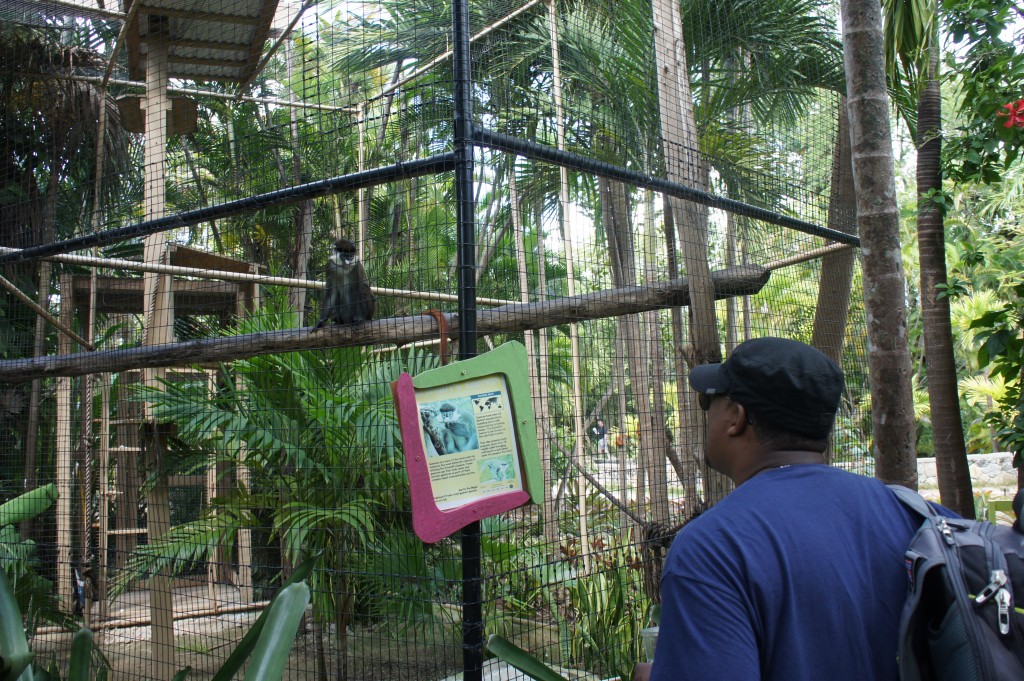 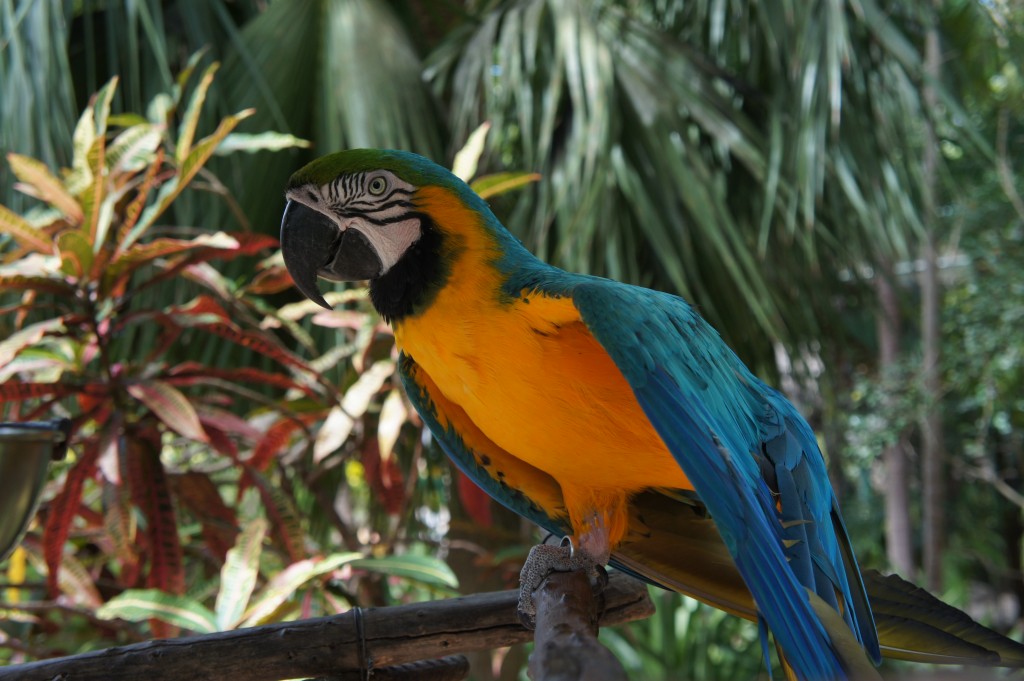 A blue and gold macaw 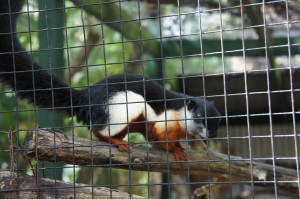 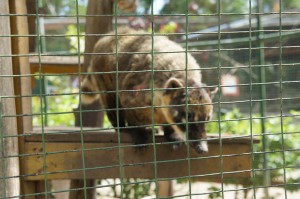 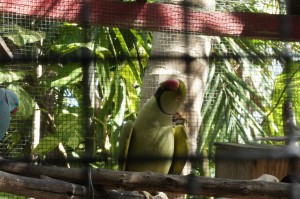 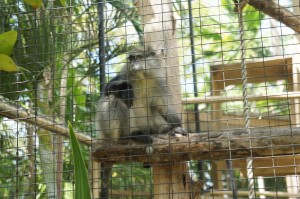 A ring-necked parakeet and a monkey 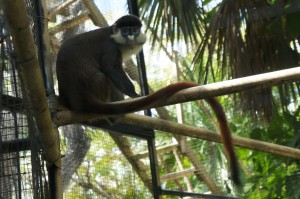 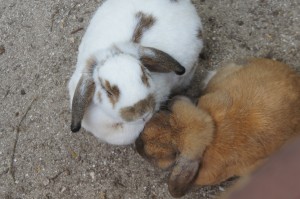 A Sykes monkey and domestic bunnies from the petting zoo 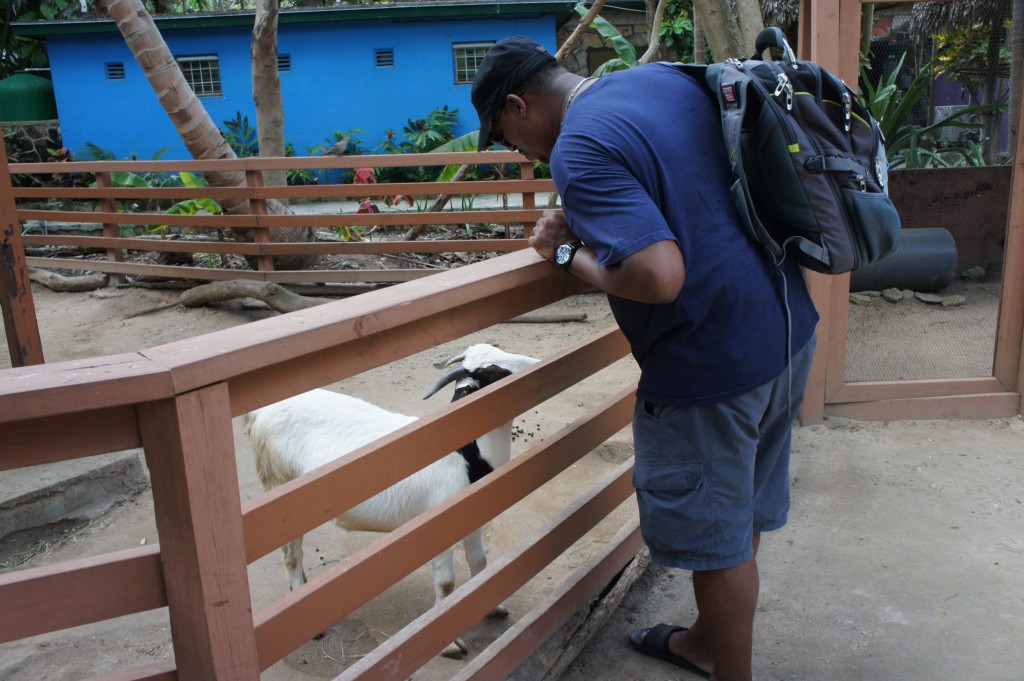 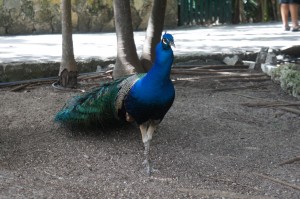 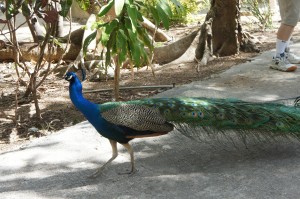 Flamingos, peacocks and peahens roaming freely throughout the zoo 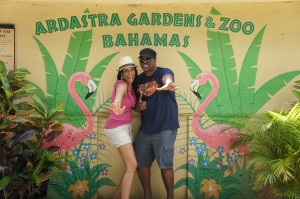 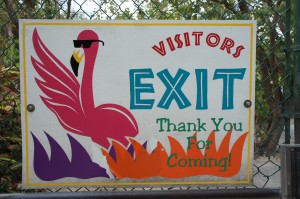 After spending a wonderful three hours at Ardastra Gardens & Zoo, Caribbean Soul Trekkers definitely recommends you paying it a visit next time you visit Nassau!